When I was 8 months pregnant, I attended a close friends wedding. It was cold and I was huge so I wasn’t my usual life of the party self.  Thankfully, there were two other pregnant women there and we clung together the entire wedding. Not only because we were all in the same proverbial boat but because let’s be honest, we were the only three sober people. For two of us, it was our first pregnancy and for the other mom, it was her third. We spent the evening talking “shop” and asking her all the questions pregnant women ask mother’s who have come before them. About halfway through the reception, we were talking while our husband’s ordered some drinks. This is when it happened. Regrettably, I opened my mouth and said, “So, was this baby planned?” Without a beat and straight-faced she responded, “Yup, we aborted all the other babies who weren’t planned.”  My jaw about dropped to the floor and I stood there speechless. Although I couldn’t pull it together to speak, I heard exactly what she meant, “It doesn’t matter if this baby was planned or not, it’s none of your business, and you shouldn’t ask such stupid questions.” While I was still standing there dumbfounded, she laughed and said, “we are just so tired of people asking us that question so we came up with this response to shock people.” We laughed and after I apologized I told her the statement had its intended effect. It was equal parts shocking and telling. We laughed some more. When the guys got their drinks we went our separate ways. Later, when we were alone, I recounted the story to my husband and said, “Can you believe she said that?”

A few months later, I gave birth and joined countless women in this journey we call motherhood. The past three years have been such a wonderful experience as I have learned how to navigate the world as a new mom. But, throughout these years the same scenario and phrase seem to play on repeat. I’ll come home or look up from my phone and recount a story to my husband and say, “Can you believe she said that?” Now, I’ll be fair. Sometimes, I’ll say “Can you believe he said that?” But, more often than not, it is another woman who has said something outrageous or has asked me something that was none of their business. Either way, my husband always has the same response. He says, “Well, what did you say in return?” My response to him is also always the same, “Nothing.”

The comments and questions didn’t stop when I became a stay at home mom. They just changed. They started being about my plans to return to work after I finished school. Everyone had an opinion on what I should or shouldn’t do. Yet, I never said anything in return. Recently, I haven’t said anything to the hundreds of people, even strangers, who ask when we are going to have a second child. Usually, I just shrug my shoulders and choke back tears. They don’t know we just had a miscarriage. They don’t know our second child was supposed to be born next month. So, I don’t say anything. Right after the miscarriage, I didn’t say anything in return when people offered half support by saying, “At least you have one perfect child.” What do you say to that? Sadly, I didn’t even say anything in return when my husband started to make subtle comments last month such as, “we should have had our second child by now” or “we bought this house to put two children in it.” He does know our second child was supposed to be born next month so in my confusion I say nothing.

I wish I was as quick-witted as my friend at the wedding. I wished I had a response statement prepared which shocks yet also conveys; that was rude and hurtful or it’s not okay to ask that. I’ve always been taught if you can’t say anything nice don’t say anything at all. Why does it feel like I am the only one playing by the rules? Instead, I give a polite response and just hold the rest in. In some ways it is good. It has helped me to realize who my true friends are. To know which moms are in my #momtribe. It has helped me to set boundaries where they have been needed. It has helped me to learn to let go of expectations. But, doing these things hasn’t stopped the questions or taken away the sting of the statements. Last week my husband said something truly outrageous. Just like at the wedding, the statement left me jaw dropped and stunned. Later that evening at bible study, I opened up about how hurt I am over these unexpected subtle comments. Doesn’t he know how hurtful it is? A trusted friend and fellow miscarriage mom said, “have you ever thought these comments aren’t about you but about him?” Hmmm, I thought. She went on, “maybe HE is thinking about the miscarriage and this is how HE is trying to express himself?” At that moment, a lightbulb of clarity was lit. Honestly, up until then, I had never thought someone’s comments or questions had been about them and not me. Instead, I have let everyone’s words trigger my innermost insecurities and allowed them to cut me so deeply.

I can’t control what other people say. It is obvious that people, even me, will say rude and hurtful things or ask unwanted questions. However, I can stop letting these comments and questions trigger and feed into my deepest insecurities. I can stop allowing them to make me feel less than, different, and rejected. I can stop telling myself lies and using other people’s words as confirmation. Instead, I can #liveloved by accepting God’s love and acceptance. I can believe God’s truth that I am enough. I can look for the real meaning of the person’s comments.  I can then use it as an opportunity to open up a dialogue. It works. I’ve tried it.

Armed with my new outlook and insight, I waited for an opportunity to talk with my husband. Last Sunday, it came on the way to church. He made a comment about his upcoming birthday and how he’s starting to feel his age. He was talking about his job. The law enforcement and night shift lifestyle are meant for the young, yet I used it as an opportunity to bring up his recent comments about a second baby. I said, “Is this why you have been making all these comments about how we should have had a second child by now because you are feeling older?” He thought for a second and responded, “Yes, I guess so.” After that, we were able to have an open, honest, and meaningful conversation about everything. Probably, the most productive conversation we have had since the miscarriage. If I hadn’t been able to look past my insecurities to find the meaning of his comments, I would still be stuck with the pain of his and countless other comments or questions. I’m so glad I allowed God to heal my hurt and I chose to dig myself out from under the burden of old patterns of saying nothing.

The funny thing is, I started this blog post as a way to tell others to be kind and sensitive in their questions and comments. I was going to say something along the lines of, You never know what someone is going through so tread lightly. Or, what is best for your family isn’t best for mine. BUT, I am no longer going to do that. Don’t get me wrong, we all should be cognizant of what we say to others especially women. If I have learned anything through this blog journey, it is that so many women have gone through the silent struggles of infertility and the comments and questions do cut deep. But instead of asking everyone to keep their questions and comments to themselves or remind everyone of the Golden rule, I am going to say this. Bring on the comments. Ask me the question. The words can no longer hurt me. Yet, they will give me an opportunity to let go of control, accept God’s fullness, defeat my insecurities, and speak my truth (sidenote: if you just got my reference you are my people) More importantly, it will give me the opportunity to open up a dialogue and trust that God has a purpose for our conversation.

Happy Mother’s Day to all mother’s with living and heavenly children. Live Loved.

“Don’t get so consumed by and focused on the mess—the feelings of rejection, hurt, and disillusionment—that you miss the miracle.”

― Lysa TerKeurst, Uninvited: Living Loved When You Feel Less Than, Left Out, and Lonely 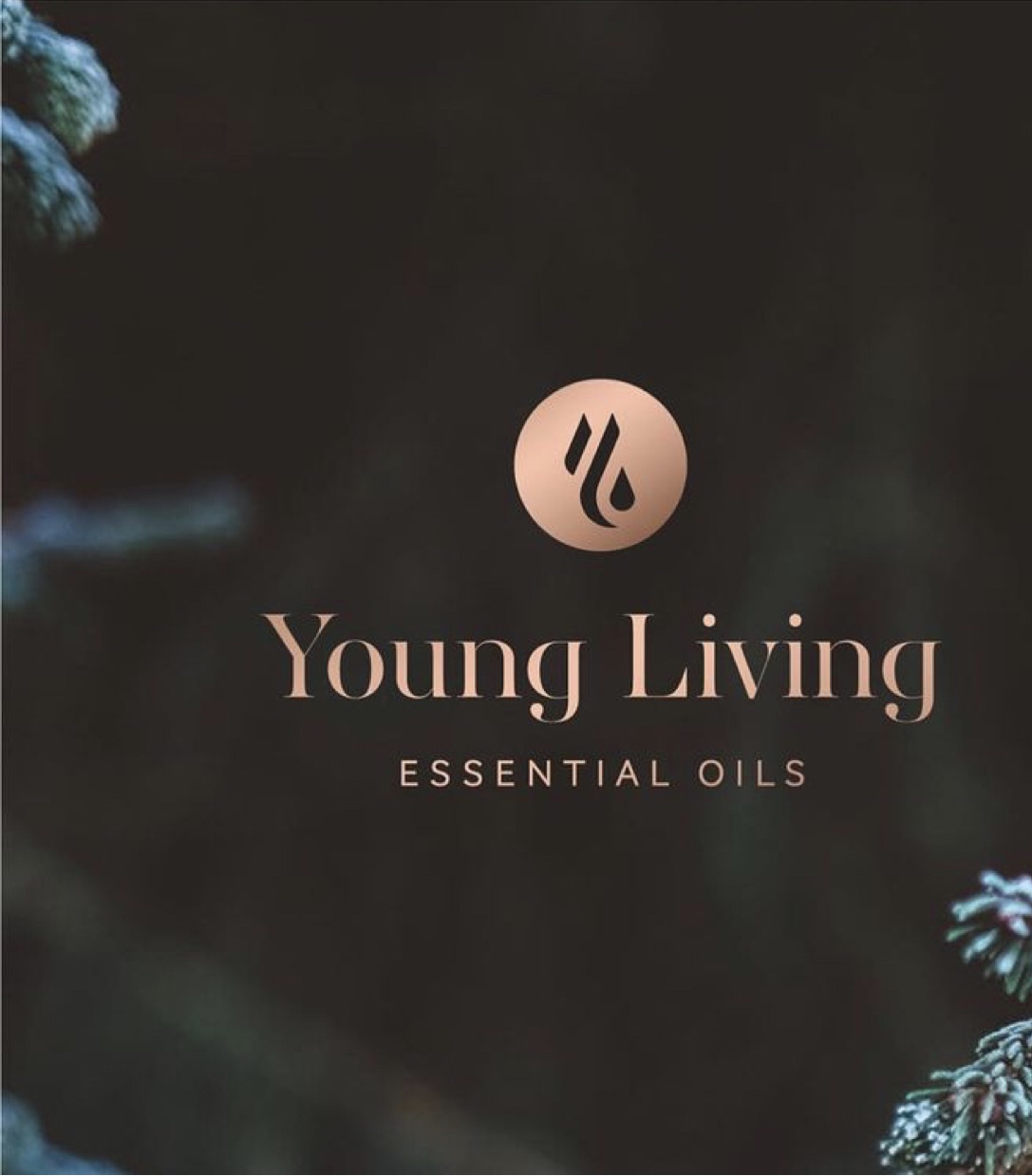